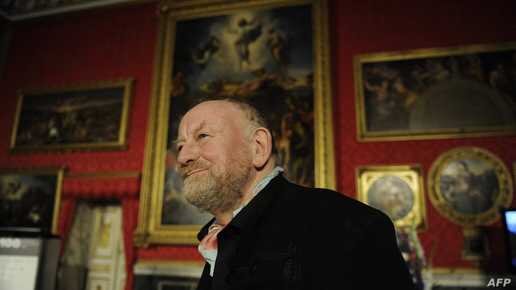 Danish cartoonist Kurt Westergaard is pictured after receiving the M100 Media Prize 2010 in Potsdam, eastern Germany, September 8, 2010. Westergaard drew the most controversial of 12 caricatures of the Prophet Mohammed, first published in a Danish newspaper in 2005, which many Muslims considered offensive. The drawings sparked protests in January and February 2006 that culminated with the torching of Danish diplomatic offices in Damascus and Beirut and the death of dozens of people in Nigeria. AFP PHOTO / ODD ANDERSEN (Photo by Odd ANDERSEN and – / AFP)