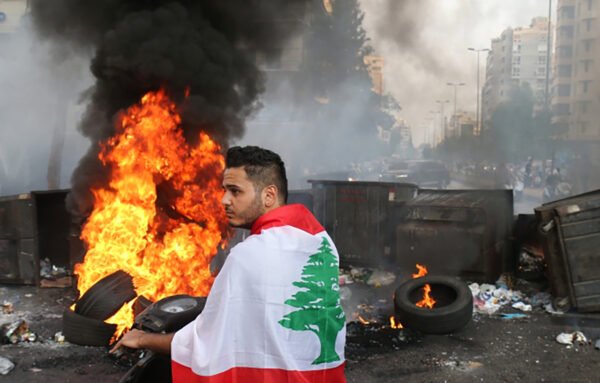 epa09347091 A Lebanese man drives as protesters block the roads with garbage bins and burning tires during protests after Lebanese Prime Minister-Designate Saad Hariri abandoned his effort to form a new government, in Beirut, Lebanon, 15 July 2021. Hariri, who was tasked nine months ago with forming the new government, said on 15 July he is stepping down a day after he presented the cabinet proposal to President Michel Aoun who has not accepted the government. EPA/NABIL MOUNZER